By admincis In Latest Events

The Annual General Meeting (AGM) was called to order by the Chairman, Dr Chan Chee Seng at 2.30 pm.

IEEE CIS (Malaysia) Chair for 2017, Dr Yong Suet Peng thanked the members for their support. She expressed confidence that the new Executive Committee will organize the appropriate events for the Malaysian CI community in particular as well as the Malaysian scientific community in general.

The meeting was adjourned at 4.00 pm. 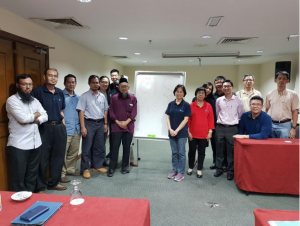 Group photo session after the AGM.